“Put your iPhone away and stop checking your emails!”

“But I’m catching up on some WordPress blog posts!”

Such was an exchange between the bartender from our hotel and I, after he spotted me in my beach lounge chair staring at my phone.  So thank you WordPress bloggers for entertaining me at the beach … in addition to eating, sleeping, reading a book, talking, and swimming (practically dawn to dusk I am at the beach).  While we are touring some of the lesser known islands of Greece (don’t get me wrong, Mykonos and Santorini are still fabulous), Greek iced coffees have dominated my diet.  As a frequent espresso drinker, I am immune to the caffeine effects, but love the taste.  I even prefer no added sugar into my coffee (other than the natural sugar from milk). 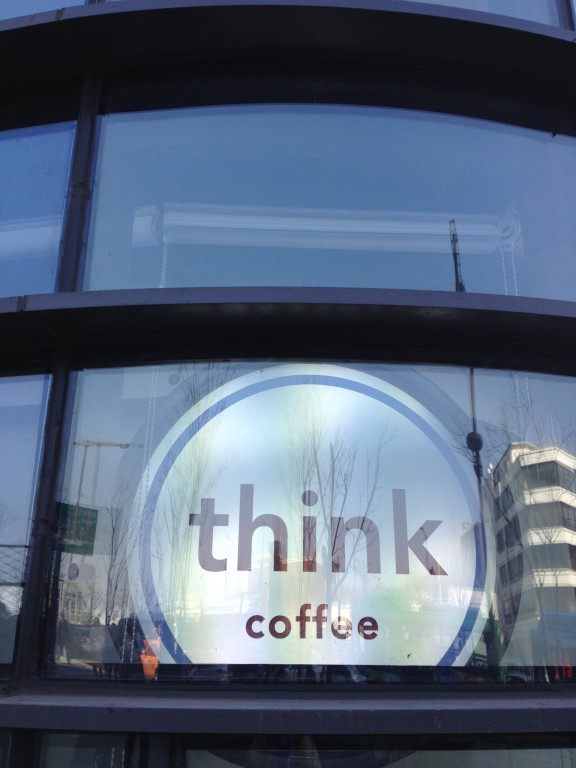 So one of these past days, I was lazily sipping on my 3rd Greek “freddocino” for the day, sitting next to the turquoise waters, and I aimlessly thought about my trip to Seoul, South Korea a few months ago during the cold months when I wandered into a different cafe several times a day seeking a coffee to warm my insides.

I avoid Starbucks and Coffee Bean like the plague, so luckily those are sparse in the Seoul cafe scene.  While I have an affection for coffee in Italy of course, Seoul’s cafe experience is different mainly because a visit can also be a shopping experience — typical of the Asian consumerism I suppose.

Although lost in translation, our trip there went smoothly. 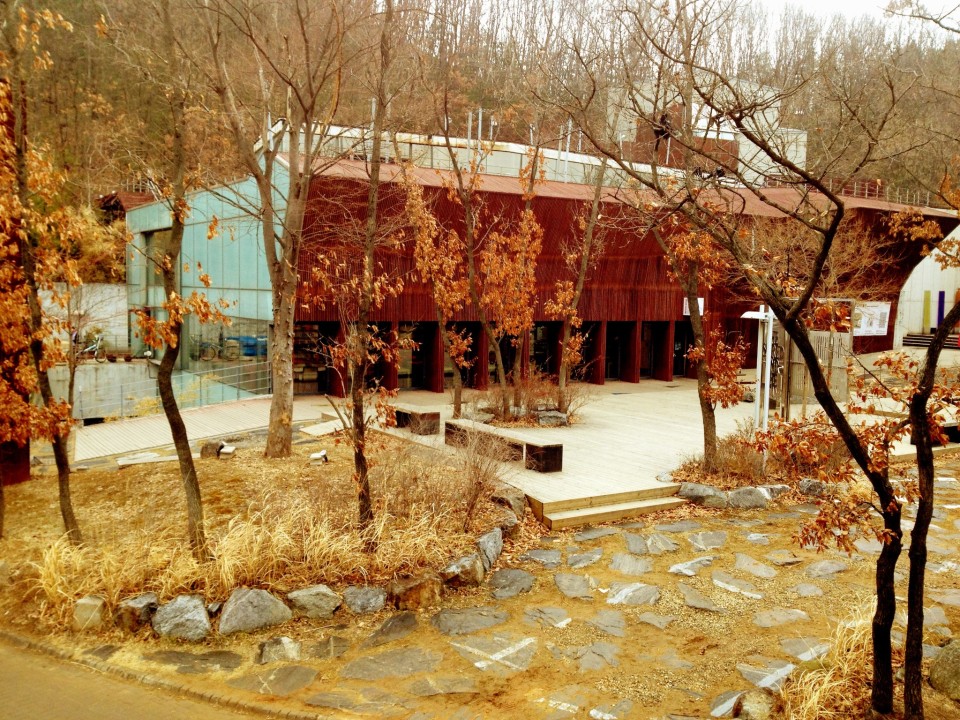 The main bookstore and — of course — cafe of Heyri Art Village

In Heyri, we befriended a South Korea ex-Marine  who is now a coffee connoisseur and owner of one of the cafes in the village.  A lot of our conversation was with pointing and hand gestures due to his limited English but he did show us how he roasts his coffee beans — and oh my the smells were heavenly!

To continue our learning, he let us sample a coffee he let drip for over 10 hours.  The resulting coffee tasted like brandy. 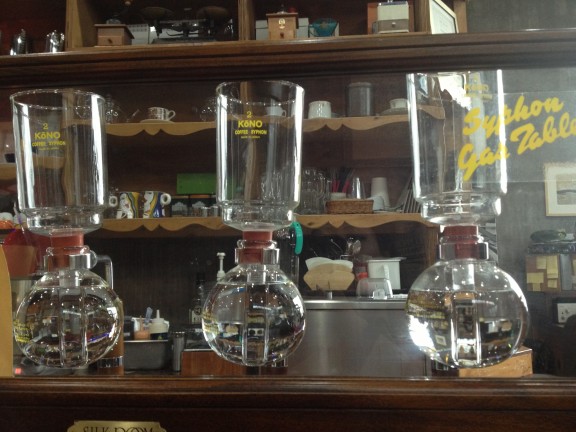 What do you like to do while in a cafe?

For many, completing some work in a cafe is the answer.  There’s also a website called “Coffitivity” that streams coffeehouse sounds in order to promote brain productivity.  You can read “The Atlantic” article about it here. 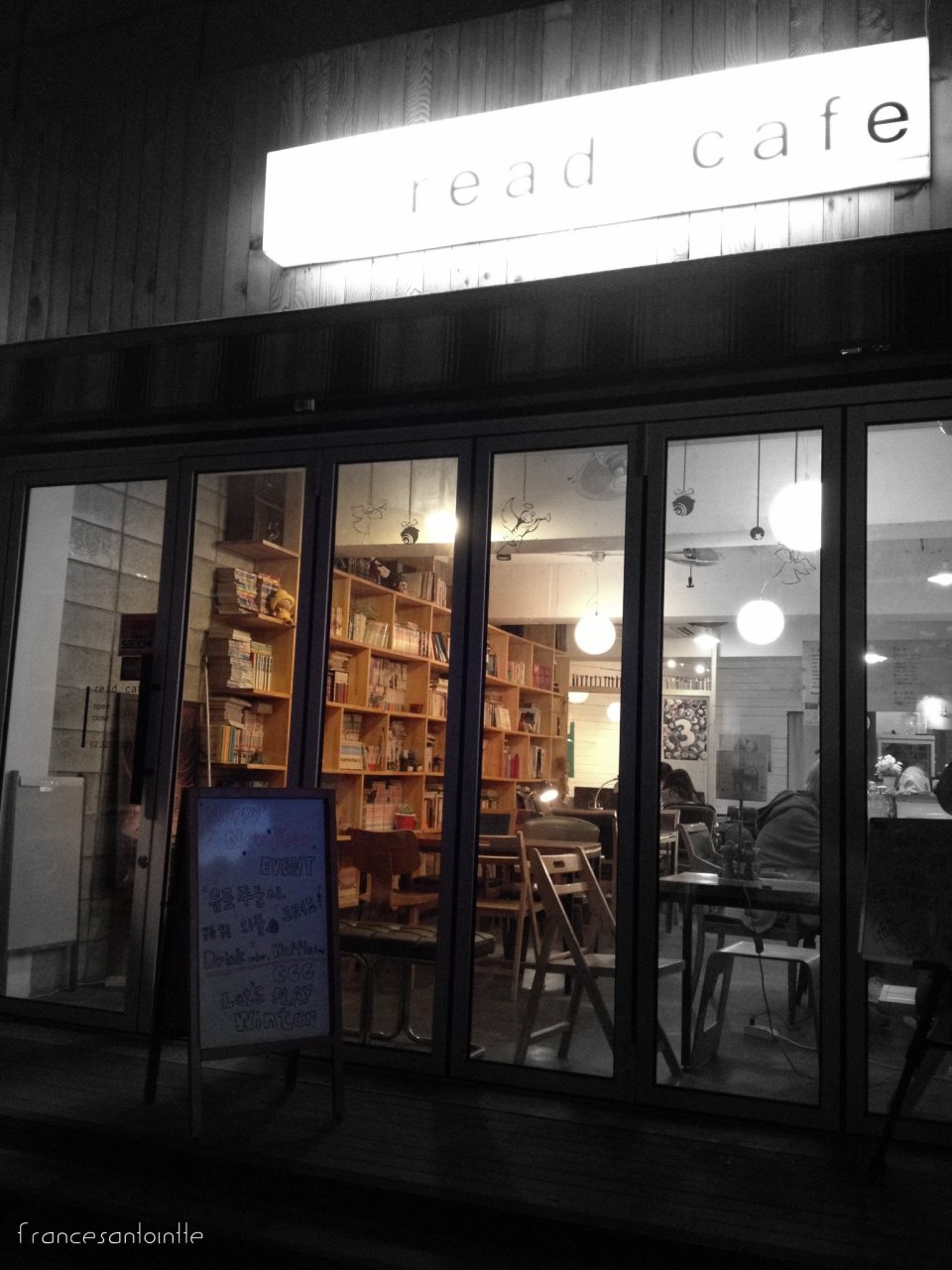 All colors made me happy: even gray.
My eyes were such that literally they
Took photographs.(Nabokov)

Another common answer to the above question is probably “read a book”.

I just finished reading words such as the following:

“If I correctly understand the sense of this succinct observation, our poet suggests here that human life is but a series of footnotes to a vast obscure unfinished masterpiece.”

…from Pale Fire by Vladimir Nabokov.

Pale Fire features a poem written by the fictional character, John Shade.  The foreword to the poem is written by a friend of Shade, Charles Kinbote.  While the foreword is obviously meant to introduce Shade’s poem, insight into Kinbote’s character overpowers the original intention.  Here, the reader gets the sense of Kinbote’s narcissism (among other annoying characteristics).  Especially when Kinbote suggests that the reader refers to his notes about Shade’s poem during three instances: before, during, and after reading Shade’s poem.  Kinbote even commences to tell his own tale of “king Zembla”, using Shade’s poem as sort of an excuse to do so.

Although I’ve summarized Pale Fire so very simply, this book is more complicated than that.  For example, has anyone figured out who the true author of the text is? 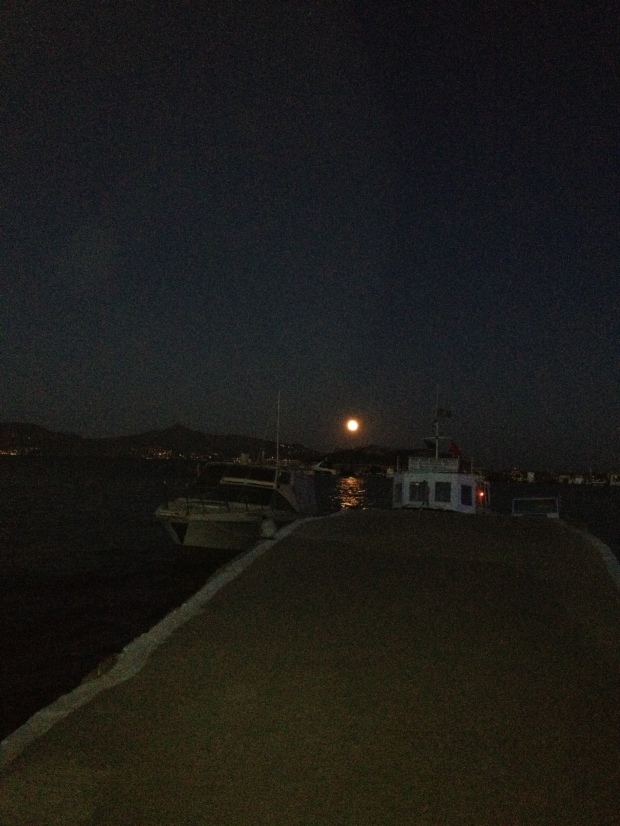 Greece:  Walking along the shore after dinner.  Whenever in Greece, I marvel at how spectacular the moon looks

The sun is a thief: she lures the sea
and robs it. The moon is a thief:
he steals his silvery light from the sun.
The sea is a thief: it dissolves the moon.

Perfect timing to finish this blog post!  Nearly 3 AM in Greece for a swim under the moonlight.