First of all, thank you to everyone for their kind support!

Two international trips within a month period of time has left me so exhausted that lately I have been a bear in hibernation. Fortunately, I took two days off work in order to recuperate.

A song to wake up to after hibernating (“re-discovered” buried in my iTunes music compilation): Generator first floor by Freelance Whales. Or check out a live version showing the instruments of their sound.

Play it loud. Preferably surround sound. While you scour the kitchen for something to eat.

For this sloth to re-emerge from laziness to write a blog entry and get organized before I get back to work, the albums of “Florence and the Machine” will be my motivation. A powerful singer whose soul conveys to a listener.

My morning reading included an article spurred from Charles Dickens’ 200th birthday on 7 February 2012. Did you know Dickens’ wrote travel books? Actually, his son Charles Dickens’ Jr. published such books. I came across this factoid last summer when I was searching for a bit of historical background about Kingston upon Thames. Among my visits to London, my favorite was a 4-day holiday to visit friends in the area. My friend’s flat had a nice balance of nature, friendly locals, public art, shops, pubs, and excellent Middle Eastern food (my favorite!). Taking advantage of our prime location next to the Thames, I woke up early to go running. With birds tweeting under the sun, the River Thames flowing quietly next to me, and crisp air kissing my cheeks, my run was blissful!

Many friends think I am odd for doing my runs during vacations that can already be filled with tiresome explorations. But I make it a point to complete my runs for two reasons.

First, running is another mode of tourism. During a recent visit to Japan, simply running around the holiday apartment’s neighborhood helped me discover a nearby street dedicated to selling fresh food, paintings under a train bridge, a small Shinto shrine on the outskirts of a large park, and a hole-in-the-wall-one-man-show shop selling numerous varieties of musubi.

To venture from the city center for more running opportunities, include the Arakawa river whose running course can be accessed from many stations. Closer to downtown Tokyo is Akasaka Palace and doing laps around the perimeter provides some hills for an extra challenge. In my previous post, I introduced you to the Meiji Shrine. The expansive grounds under the shady trees would be perfect for my running, but it is not allowed. However, nearby Yoyogi Park is the consolation prize.

The second reason I run during my holidays is to practice the sin of gluttony. People assume it is too keep the pounds off, but actually working out does the opposite. When I was in graduate school, we had to go through formal introductions by giving our name and an interest of ours. I announced, “My name is Frances and I love food”. Which brought upon snickers and comments that I was too slim for it to be true. And I do love food. I like to cook food, read about food, peruse pictures of food, and of course try new foods. But my body naturally gets full easily and has a fast metabolism. I found that exercising causes a spark in my hunger; and therefore, traveling becomes more fun when my body can handle trying different cuisines. Strange, I know.

Although sushi defines Japanese food, there are other tantalizing dishes within this country’s cuisine. Tokyo is a stiff competitor against other Asian cities vying for the UNESCO appellation as a “City of Gastronomy”. In my opinion, the main reason why Japan has delicious food is because of the quality of ingredients themselves. When I travel, I make it a point to visit many grocers because these are another embodiment of local ways of life. The Japanese really put the “super” in supermarket. I was in awe of how the raw materials of Japanese dishes look. The foodstuffs were vibrant in color and everything just appeared so healthy.

A misconception about eating in Japan is that it is difficult for a vegetarian. But I did not have any troubles finding good food to eat. Luckily, I am not vegan because Japanese eggs and pastries are absolutely tasty!

Finding my favorite source of carbs was reminiscent of living in France. From chains to independents, pastry shops were scattered throughout Tokyo offering the sweet and savory. I am still obsessed with finding the perfect almond croissant and in a supermarket bakery, I raved over one contender that came close to my expectations.

I am not a big fan of rice or noodles, but I love bread! Your stomach may start growling if you enlarge the following three pictures.....

I love mushrooms...For a couple of the nights, eating at a restaurant was replaced by cooking up mushrooms at the flat. Only 100 yen ( ~ 1 euro) for each package of fresh mushrooms!

Vegetarian dumplings in Chinatown (Yokohama). Almost as good as Din Tai Fung in Taiwan (a Michelin star restaurant where a dish can cost a mere 6 euros) 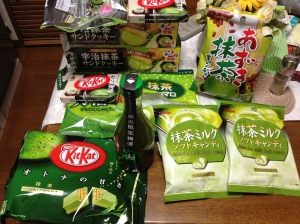 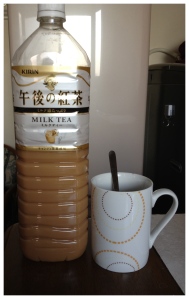 I should tell my mother to try to find these in Hawaii and so she can send them to me in one of her "care packages".

If I were to open up a musubi business, it's name would be "YUMMUSUBI"

Insight to Japan travel was obtained from a book by Héctor García, “A Geek in Japan”. He is also the versatile author and photographer of a long-standing blog which I have been following since last year when I first was introduced to the idea of traveling Japan. Enriched with pictures, his informative book delves on topics such as etiquette, daily life in Japan, self-guided walking tours, and off-the-beaten-track places. Héctor not only explains historical backgrounds such as how the country was born of the love between two deities, Izanagi and Izanami — but also about Japanese customs and personalities learned through foreigner eyes. Here are a few of his interesting excerpts:

Before working in Japan, Héctor used to work at CERN. When I used to live in Switzerland, I took a tour of CERN and would like to share with you a photo of absolute geekery: 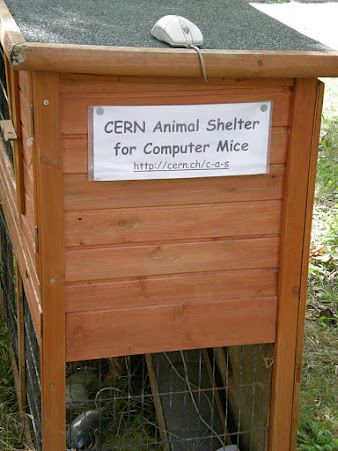 Geeks are actually the coolest

Another quote from the book: “The Japanese are reluctant to purchase things that have belonged to someone else, maybe because the previous owner’s spirit still lingers inside them.” As for me, pondering what other person has read my secondhand book is appealing, or a bit romantic? My current read is a used book about the selected writings from 1920-1966 of Ho Chi Minh on Revolution. I bought it from a public library’s used books shelf while waiting for my friend’s wedding rehearsal at the next door church to begin. I ended up being late, of course, since I became so exhilarated in searching for some good finds.

I did find a few bookshops in Tokyo selling used books. But another way to find secondhand books is through BetterWorldBooks that also raises funds for literacy and libraries.

To dissipate the turbulences of a busy day such as this, I will end it with some relaxing music.

For my friends still back at home in Oahu: If you see any of the Japanese snacks at Don Quijote, please send them to me! haha…..